It’s a new year, and I’ve decided to pick my blog back up after letting it go to the wayside over the last 18-or-so months. I spent the majority of 2017 distracted by motorcycling, sailing, cryptocurrency trading, and taking trips all over the Pacific Northwest. All of which were incredibly satisfying, but Winter is here, it’s project time, and rebooting my blog has been at the top of my projects list for some time now so I figured it was time to pull the trigger and get something new together. We’ve got plenty of time for that, though. Let’s do an update first.

If you kept up with the previous iteration of this blog, you may have stumbled across a post entitled You Probably Didn’t See This Coming, or: I Moved to Washington. If not, it basically detailed my very abrupt relocation from Atlanta, GA to Bellingham, WA. I was offered an amazing and fully remote software engineering position in September of 2016 which allowed me to move to Bellingham, which I’d been wanting to do for years. Without this opportunity, a move to Bellingham would be pretty difficult, being that there are virtually no software jobs in the area that don’t require a close proximity to either Vancouver BC or Seattle. Now before you say, “Why wouldn’t you move to Seattle,” I’d like to clarify that I am not a city person. I’ve lived in two other major cities in my lifetime and have absolutely no desire whatsoever to repeat that experience. Seattle is a beautiful town and I love visiting, but I vastly prefer smaller towns when it comes to actually dwelling somewhere.

After moving to the Pacific Northwest, I quickly bought a Kawasaki KLR 650 motorcycle, which I rode constantly through the late winter, spring, and all summer of 2017. I was taking trips over the Cascade Crest into the desert of Eastern Washington as often as I could. On the same day I purchased the KLR 650, I started the Basic Mountaineering course through the Bellingham branch of The Mountaineers. This course led to all manner of outdoor adventures from Skaha Bluffs in British Columbia to The Squak Glacier on the volcanic Mt. Baker. Once the course ended, I ended up buying a 27-foot sailboat, which has utterly consumed my free time– so much so that I now live on it for no reason other than that I want to.

What I’m Up to Now

I recently went down to Georgia to clear out a storage unit I had in Norcross containing all of the belongings I wanted to keep, but didn’t want to immediately bring across the country with me. I returned to Georgia with the intent of arranging a shipment for all of the storage unit’s contents. I instead gave it all away to an awesome charity called The Place. I’ve grown to be a person of much simpler needs than I once was, and I just didn’t see a reason to keep all of that stuff for myself. I’ve got my boat, my bike, and an internet connection. That’s already more than I need to be happy with my current situation, so why hang onto extra baggage?

These days, I’m really content to divide my time between spending time with the people who I care about, going on adventures, working on projects, and sailing my boat. It’s a pretty simple life, which is exactly what I was craving during my time in Atlanta. I’m super thankful for the opportunity to totally transform my life, and I don’t see myself leaving Bellingham anytime soon. 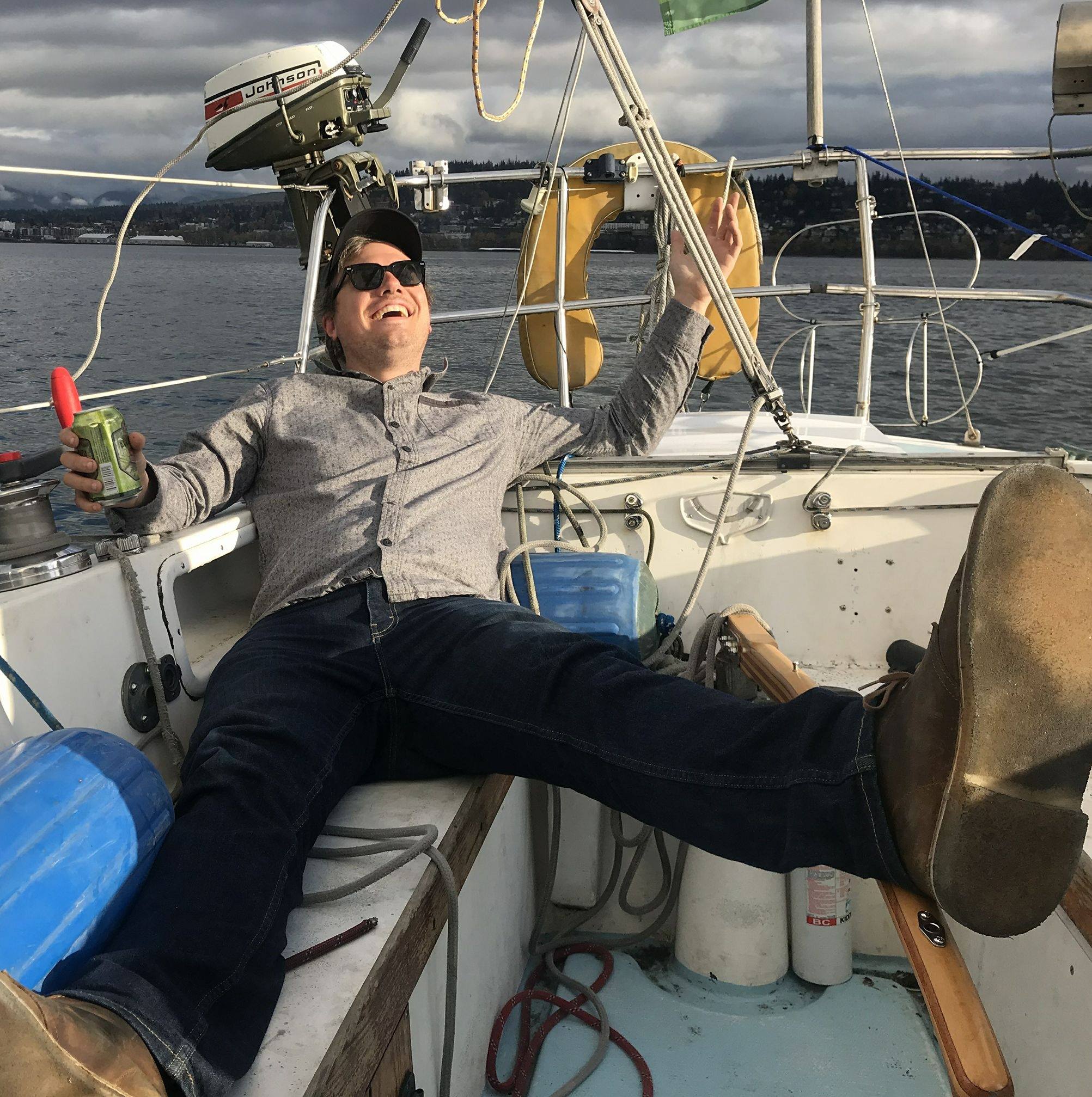